Prepare Each Student To Be Successful 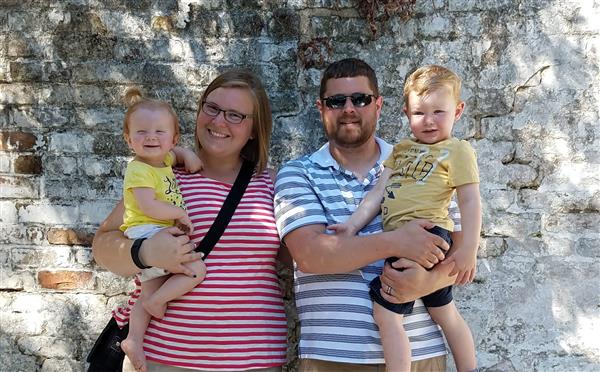 Hello! I am Mrs. April Gosse. Here are a few things about me!

I grew up just outside of Junction City on a small family farm. The memories I have of farming are very positive and warming, but I know it was not always an easy life. I grew up with four other siblings in my house. After growing up, my family has not gone too far. My siblings and I all live in the Central Wisconsin area, where we are able to see eachother and our parents often.

Like I saide above, I grew up in Junction City. I attended Kennedy Elementary, Ben Franklin and then SPASH. There are so many wonderful teachers who have made an impression on me in my time in the Stevens Point School Distrcit. I graduated in May of 2005. After that I went on to attended UWSP for four and a half years, dedicating my studies to elementary education with an emphasis in math. I graduated from UWSP in Dec of 2009.

While in college, I met Mr. Jered Gosse. We went on to get married during my first year of teaching in June of 2012. From there, we have continued to have many wonderful adventures. Along the way we have been blessed by two little ones, Stella and Bentley. As a family we love to go on walks, go camping, go the park and play games.

Along with these personal adventures, I have had many teaching adventures. I received my first teaching job in Aug of 2011 at Madison Elementary in Second Grade. From there, I went to Plover Whiting to teach in Fifth Grade. I have been in Fifth Grade ever since; the 2017-18 school year will be the start of my seventh year of teaching, sixth in Fifth Grade.